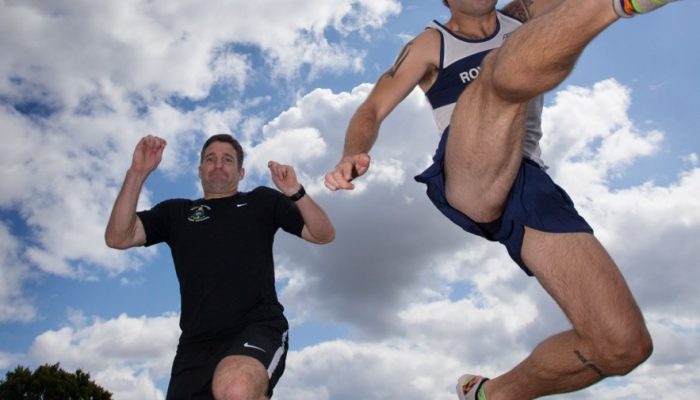 The South Wales Fire & Rescue service are this year hoping to regain their title as the fastest team after they were pipped to the post in 2014 by the Royal Navy.

Last year’s iconic road race saw the most exciting Corporate Team Challenge to date, with the Royal Navy running team knocking the South Wales Fire & Rescue team from their five year reign at the top of the leader board. However, the Royal Navy team, who narrowly won by a single point are not planning on letting go of their title any time soon and have entered a top level team to ensure that they hold onto their title.

The Royal Navy running team will be travelling from military bases from across England, including Plymouth, Hampshire and the Royal Navy Air Station Yeovilton, which is one of the Navy’s two principle air bases and one of the busiest military airfields in the UK.

The 6 strong Royal Navy team, comprised of marines and navy troops, train up to 6 days per week, completing track training and cross country sessions. This year the mixed male and female squad hope to complete the race in times of between 35-38 minutes. Last year the team finished first, beating all 144 registered teams, including arch rivals the South Wales Fire & Rescue team.

This year’s team was carefully selected from a pool of 100 runners, and the fastest and strongest contenders will take to the starting line alongside 5,000 other non-professional runners, who will be running for good causes across Wales.

However, South Wales Fire & Rescue do not intend to take the Navy challenge lying down. The enthusiastic team have been entering teams into the Cardiff 10k race since 2006 and have never slipped below second place. Last year saw the team fall from their top spot when one of their fastest runners had to pull out at the 6k mark from an injury. However, this year the team have two new additions to their ranks and have progressively built up their strength and stamina over the year to ensure they are fielding the strongest team yet.

The all-male squad are based in fire stations across Wales including Cardiff Central, Caerphilly and Maesteg. Each station has provided their runners with individual training plans in order to ensure the team are at their peak fitness. The team have been training at their running clubs and at their station gyms, as well as completing within local 10k’s to test their personal bests.

Gareth Green, the team’s manager and health and fitness adviser said: “Last year the team and I were very disappointed that we didn’t uphold our title, but this year we have two new members to the team who are very quick runners.

“Our team have been training all year, and this year we are working towards at least 4 out of our 6 men getting across the finish line in under 35 minutes. The Cardiff 10k is a great event and we are proud to compete in support of Kidney Wales year after year.”

Registration for the 2015 Cardiff 10k event is now open and people of all ages and abilities are being urged to get involved with this landmark 30th anniversary event.