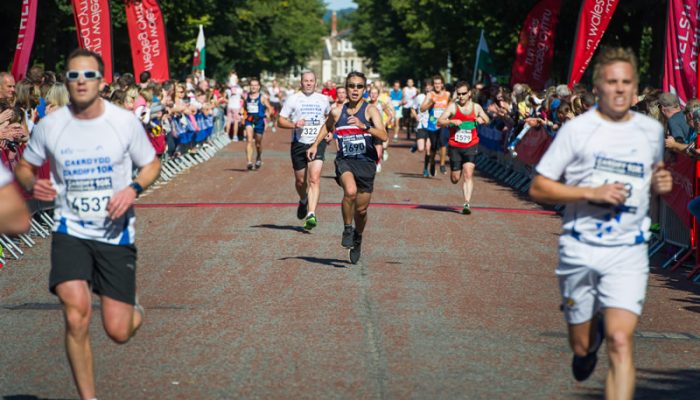 For the first time, the Royal Navy Road Running Team will use the Cardiff 10K to test their fitness levels before competing against the Army, RAF and even the United States Marine Corps in the coming months.

The Royal Navy and Royal Marines include up to 200 active athletes, the best of which are selected to compete in the Royal Navy Road Running Team which competes across the globe. In October they will travel to the United States for the Marine Corps Marathon in Washington DC before taking on the RAF and Army in the Inter-Service 10K Championships at the Leeds Abbey Dash 10K in November.

In preparation for these events, the six servicemen and women will be making the journey from bases in Portsmouth, Plymouth and Lympstone in Devon to Cardiff to take on athletes, celebrities, corporate and community teams and individuals in the Cardiff 10K on Sunday 7 September.

The competitors have been focused on specific track training with their coaches to reach optimal times for the Cardiff 10K, with the male runners currently completing the distance in 34-36 minutes, and the female runners in 42-43 minutes.

Managing the Royal Navy Road Running Team is Colour Sergeant Pete Belcher. He said: “Endurance sports are very important for members of the Royal Marines and Royal Navy as our tests are based around events that rely on exceptional stamina. For example, the final Royal Marines test is a 30-mile run across Dartmoor to be completed in eight hours.

“We are racing in the Inter-service 10K championships at the beginning of November and we were looking for a good quality 10K so that the team can test their fitness. It is our first time running the Cardiff 10K as a team and we are really looking forward to participating.”

This year’s Cardiff 10K race will take place on Sunday 7 September, with the 10K taking place at 10.00am and the 2K family run at 9.15am. Organised by Kidney Wales, the race is one of the top ten road races in the UK and sees top athletes running alongside celebrities and members of the public for the cause.

Kidney Wales chief executive, Roy Thomas, said: “We are very excited that the Royal Navy Road Running Team will be joining us for the Cardiff 10K this year. It’s great to have people of all abilities competing however, for those with a competitive streak, this could be the team to beat.”

It starts at Museum Avenue near City Hall, heads north to Roath Park Lake, around the Roath Recreation Ground by following Ty Draw Road and Ninian Road and then back to City Hall.

Online registration has now closed, however there are 50 places available at Run and Become on St Mary Street in Cardiff city centre, on a first come first served basis. People of all ages are being urged to get involved with the iconic run with options to enter as an individual, or with friends or work colleagues in the Community and Corporate Team Challenge.