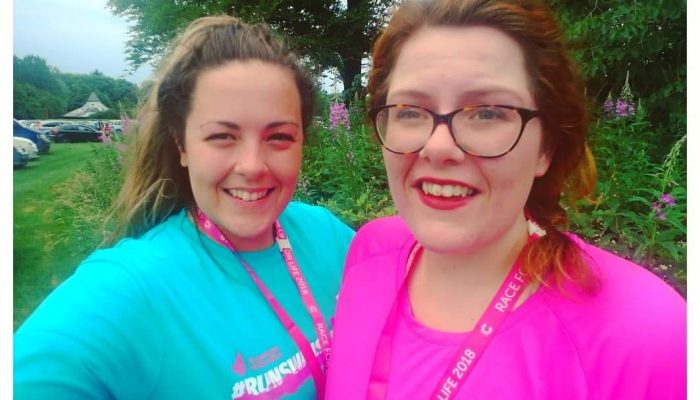 Two sisters from Milford Haven, who lost their mum to kidney disease, will be running the Cardiff Metropolitan University Cardiff 10K later this year in her memory, while raising funds for Kidney Wales.

Emma and Hannah Leggett lost their mother, Jayne, following an eight-year battle with illness in 2016. Jayne was first diagnosed with kidney disease in 2008 and was on dialysis for more than four years at Morriston Hospital in Swansea.

While she was on the transplant list for a new kidney, Jayne had an unfortunate accident which resulted in sepsis, and she sadly lost her life aged at just 52.

Both Emma and Hannah have taken part in multiple charity fundraisers for Kidney Wales before and are running together at the Cardiff Met Cardiff 10K to show their support for the charity after it supported their mum during her illness.

Emma, an avid runner, recently completed the Cardiff Bay 10K this March and Hannah previously completed the Cardiff 10K in 2017. Hannah also climbed Mount Kilimanjaro in 2013 to raise funds for the charity. The sisters will run the race together this year to continue their fundraising efforts for Kidney Wales and pay tribute to their mother.

Emma said: “Raising money for Kidney Wales is something me and my sister have done a lot of. Between us, we’ve completed plenty of 5K and 10K races, and even extreme challenges, with Hannah climbing Kilimanjaro. I always struggle when I reach the 8K point and am glad Hannah will be beside me to keep me going this time.

“Kidney Wales always stayed in touch with us throughout my mother’s treatment, and I know they would have been there to support her with her transplant, if only she had the chance. We hope we can raise even more money for the charity by completing the Cardiff 10K, because everyone struggling with kidney disease deserves to be supported.”

Nic Clarke, Director of Fundraising and Operations at Kidney Wales, said, “It’s so encouraging to see Emma and Hannah supporting the work of Kidney Wales. They have been unfortunate enough to experience the devastating effects of losing someone to kidney disease, but they have done their mother proud with their many fundraising efforts to help future patients and their families.

“Many families go through the hardships of kidney disease and by taking part in the Cardiff Met Cardiff 10K participants are helping us to support these families, and ensure more research and funds are being dedicated to combating kidney disease each year.”

The Cardiff Metropolitan University Cardiff 10K is one of the top ten road races in the UK and attracted a record number of runners to the streets of the Welsh capital in 2018, with over 8,000 entrants taking part.