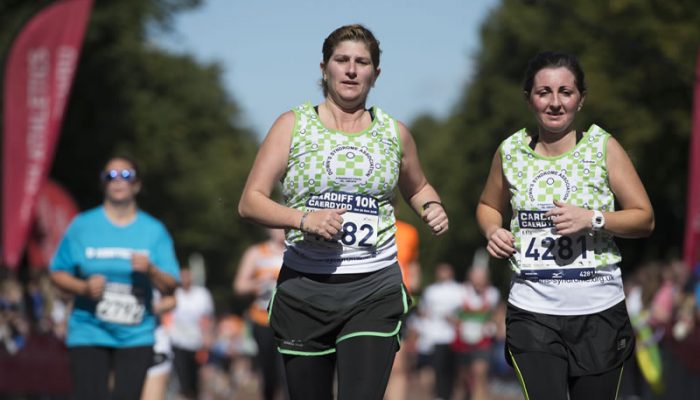 She’s more commonly seen showing off her skill with the hoop or the ball – if she’s not on the podium picking up a medal.

But Welsh gymnast Francesca ‘Frankie’ Jones will be sounding the horn to set runners on their way at this year’s Cardiff 10K race.

The 23-year-old – who scooped a stunning six medals at this summer’s Commonwealth Games – will start both the 2K and the 10K races at the September 7 event.

She also bagged a gold medal for her routine in the rhythmic gymnastics with ribbon.

In total she has now won seven Commonwealth Games medals and has also competed in four European Championships, three World Championships and the 2012 Olympics.

Speaking about her involvement with the race Francesca said: “The Cardiff 10K is a fantastic event which raises money for a great cause, keeps people fit and healthy and increases community spirit.

“I’m so happy to be a part of it and would encourage others to get involved too whether it be by racing, donating or coming along to support.”

Organised by Kidney Wales, the race is one of the top 10 road races in the UK and sees top athletes running alongside celebrities and members of the public for the cause.

Race organiser Roy J Thomas of Kidney Wales said: “Francesca Jones is an incredible gymnast. We are thrilled that she shall be starting our 10K and 2K races this year.

“We are grateful for Francesca’s support and hope that she, and everyone else who attends, will have a fantastic day.”

The run starts at Museum Avenue near City Hall, heads north to Roath Park Lake and then goes around the Roath Recreation Ground by following Ty Draw Road and Ninian Road before going back to City Hall.