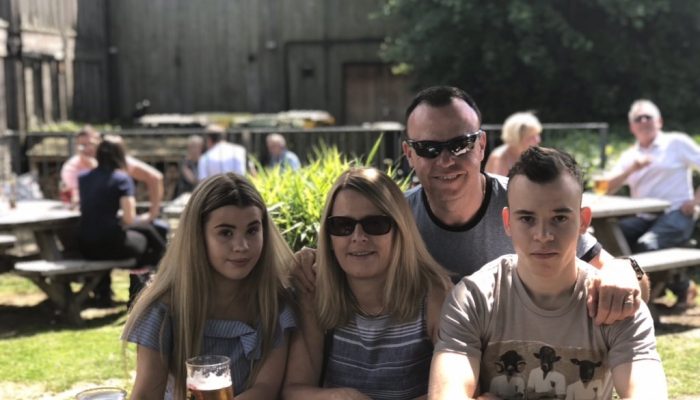 Family enters 10k after mother donates kidney to her son

An inspirational mum from Bridgend will be running in this year’s 2019 Cardiff Met Cardiff 10K to raise money for charity Kidney Wales, after becoming a living donor to her son.

Anna Goode donated her kidney to her son Josh in 2015, after his kidney function started to deteriorate during his teenage years. Josh had multi-system organ failure four weeks after being born which caused permanent damage to his kidneys.

As Josh grew up, Anna and her husband Barrie knew that a transplant would eventually be necessary and both were tested to see if they were a match for a living donor transplant, which Anna was.

When Josh turned 16, the mum and son team underwent the transplant operation, and all went well. Josh made a quick recovery and Anna spent six months off work to recover, with the support of the family and Kidney Wales.

With this year’s Cardiff Met Cardiff 10K approaching, Anna will be entering the race alongside Josh, who is now 20, and her husband.

The team have been training individually to get ready for the race so there’s plenty of competition between the family ahead of the event.

Speaking about why she entered the race, Anna said: “We’ve done lots of fundraising for Kidney Wales before, but I have never run the Cardiff 10K, so I wanted to give it a go. We’ve received a lot of support from the charity while looking after Josh and we want to help raise some money that can help other families too.

“Josh and Barrie are both very fit so they’re ready for the race. I’ve never done anything like this before though, but I know that the atmosphere and adrenaline will kick in on the day to get me through it. I’m just hoping that it doesn’t rain.”

“We’re really looking forward to seeing Anna, Josh and Barrie on race day. We’ve built a close relationship with them over the years and they really are an inspirational family in how they’ve dealt with Josh’s illness. The funds they will help us raise will go on to support other families across the country too, so we hope they’ve inspired you to get your running shoes on for this year’s race as well.”