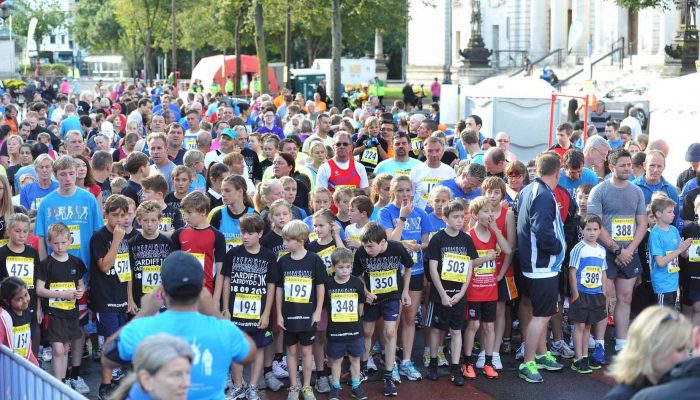 A 34-year-old man who donated his kidney to his mother after a hapless four-year wait on the organ transplant list, is running his first Cardiff 10k this September, in aid of race organisers, the Kidney Wales Foundation.

Andrew Ramsey, a labourer from Caerphilly, witnessed first-hand the impact that kidney disease has on sufferers and their families, after his mother was diagnosed with chronic kidney failure in both her kidneys in 2007. Now Andrew is showing his gratitude to Kidney Wales for all their support over the years by running for the cause in this year’s 30th anniversary Cardiff 10k event.

After four years waiting for a match on the organ transplant register, and showing no signs of a breakthrough, Andrew’s family’s optimism was wearing thin. In 2010, Andrew, his brother and father were all tested to see if they were a match and if they could be the answer to end his mother’s misfortune.

The necessary tests confirmed both Andrew and his father were a compatible match, and one of them could begin the journey to become a donor. After further testing and health examinations, it was decided that being younger and in optimum health Andrew would be the person to save his mums life.

Doctor’s had their worries that Andrew’s mother’s body would reject his donated organ, recognising that the kidney was foreign, but due to a close match in tissue type the transplant was a success. Andrew’s mother however, will be on immunosuppressant drugs for the rest of her life to prevent her immune system from attacking the organ, but this is a small price to pay for her son’s gift of a lifetime.

Andrew said: “When something like this happens to someone in your family, once you get over the initial shock you begin to understand that it doesn’t just affect that one person, but it affects the whole family. People need to become more aware of the implications that kidney disease has on a family; you never expect it will be yours.

“Kidney Wales have supported my family through really difficult times, and I am looking forward to supporting them this September, and completing the distance in a fast time. The Kidney Wales Foundation make such a difference to people’s lives and I urge everyone to sign up and raise money for this fantastic cause.”
Andrew successfully completed the Caerphilly 10k earlier this year, and is now determined to beat his time of fifty minutes in this year’s Cardiff 10k, where he will be fundraising for the cause that is so close to his heart.

This year’s 30th anniversary Cardiff 10k event will take place on Sunday 6th September and is expected to be the biggest race yet. The event is one of the top ten road races in the UK and attracts thousands of runners who take on the scenic city centre course.

Roy Thomas, Chief Executive of Kidney Wales, said: “The Cardiff 10k is the cornerstone of Kidney Wales’ annual fundraising activities, and this year we are excited to welcome more runners than ever before in our thirtieth anniversary year. I wish everyone running the best of luck.”

Registration for the 2015 Cardiff 10k event is now open and people of all ages and abilities are being urged to get involved with the iconic road race.