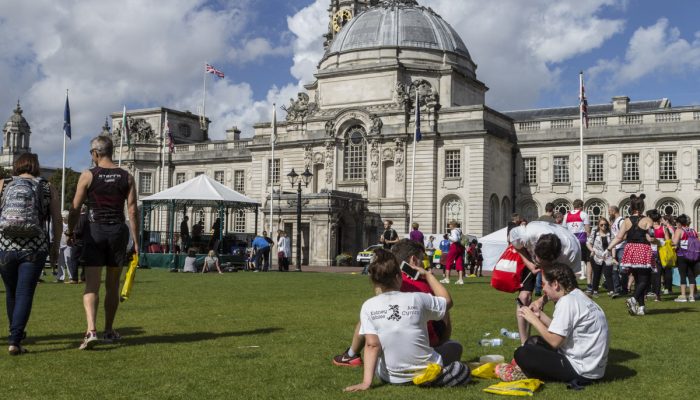 Caerphilly father and daughter duo team up for the Cardiff 10k

A young woman from Caerphilly who has experienced complications with her kidneys for a number of years, is running the Cardiff 10k this September in support of race organisers Kidney Wales.

Hollie Bailey, 23 from Caerphilly discovered she was suffering from kidney failure when she collapsed in a dance exam at the age of 13. Up until that day, Hollie and her family were completely unaware that her kidneys were undersized and were beginning to fail.

For two years Hollie’s smaller kidney was monitored and medication was used to help treat complications and to slow further kidney damage. With no signs of improvement and her kidney further deteriorating, at the age of 15, Hollie was informed she would need dialysis treatment, whilst the search continued to find her a donor organ.

Hollie and her family were preparing for her initial dialysis treatment, when in 2006 in the middle of the night she received a phone call that would change her life. That evening Hollie was taken to Bristol Children’s Hospital where she received her kidney transplant. The operation was a success and Hollie no longer needed dialysis treatment.

Following her 2006 surgery, Hollie’s kidney had been functioning normally up until 16 months ago, when the transplanted kidney began to fail. It has been nine years since her transplant and Hollie’s new kidney now only has 3% functionality. Unfortunately Hollie is now back on dialysis three times a week, whilst she waits and hopes for a second kidney transplant.

Hollie’s father Rob, is now half way through the transplant testing process, and it is the family’s hope that he is identified as a match so he can donate one of his own kidney’s to Hollie and give the gift of a lifetime to his determined daughter.

Throughout all of her troubles Hollie, and her family, have received lots of assistance from leading Welsh charity Kidney Wales, who have provided the family with a much needed support network. Now Hollie, along with her father Rob, are showing their family’s gratitude to Kidney Wales for all their support by fundraising for the cause, as the pair run together in this year’s Cardiff 10k.

Rob said: “Two months ago when Hollie said she wanted to run the Cardiff 10k I almost didn’t believe it. She is on dialysis and has a kidney working at only 3% functionality – but she is definitely a fighter!

“Being unwell, there are so many things that she cannot do, but I am really looking forward to seeing her face when she completes the Cardiff 10k – the sense of achievement and happiness will be hard to beat!”.

Roy Thomas of Kidney Wales, commented: “Seeing people like Hollie who have suffered, or are still suffering, with kidney problems being so determined to take on the challenge of the Cardiff 10k is truly inspiring.

“I would like to encourage everyone to sign up and run, whether in a team or as an individual. It’s a great day out for everyone involved. I wish everyone running the best of luck.”

Kidney Wales is reaching out to runners across Wales to take part in the 30th anniversary year of the Cardiff 10k, the iconic road race which is being held in Cardiff city centre on Sunday 6th September. The fast paced race, which this year celebrates its thirtieth anniversary, is expected to be the biggest event yet, with an exciting range of celebrity faces supporting the event.

Last year’s Cardiff 10k saw a record entry number of almost 4,500 runners take part, who raised hundreds of thousands of pounds for Welsh charities, including a record sum for Kidney Wales, which is going directly into improving care and support for kidney patients across Wales.

Funds raised from last year’s Cardiff 10k have resulted in the refurbishment of the Children’s Kidney Centre at the University Hospital of Wales. The Children’s Kidney Centre provides a space for patients and their families to relax in between dialysis treatments, which the children can endure for months, and even years, whilst they wait for a suitable organ to become available for transplant.

Registration for the 2015 Cardiff 10k event is now open and people of all ages and abilities are being urged to get involved with the iconic run.

To find out more about the race, to sign up or to help raise money and awareness for Kidney Wales, please visit the Cardiff 10K website: www.cardiff10K.cymru or call (029) 2034 3951.